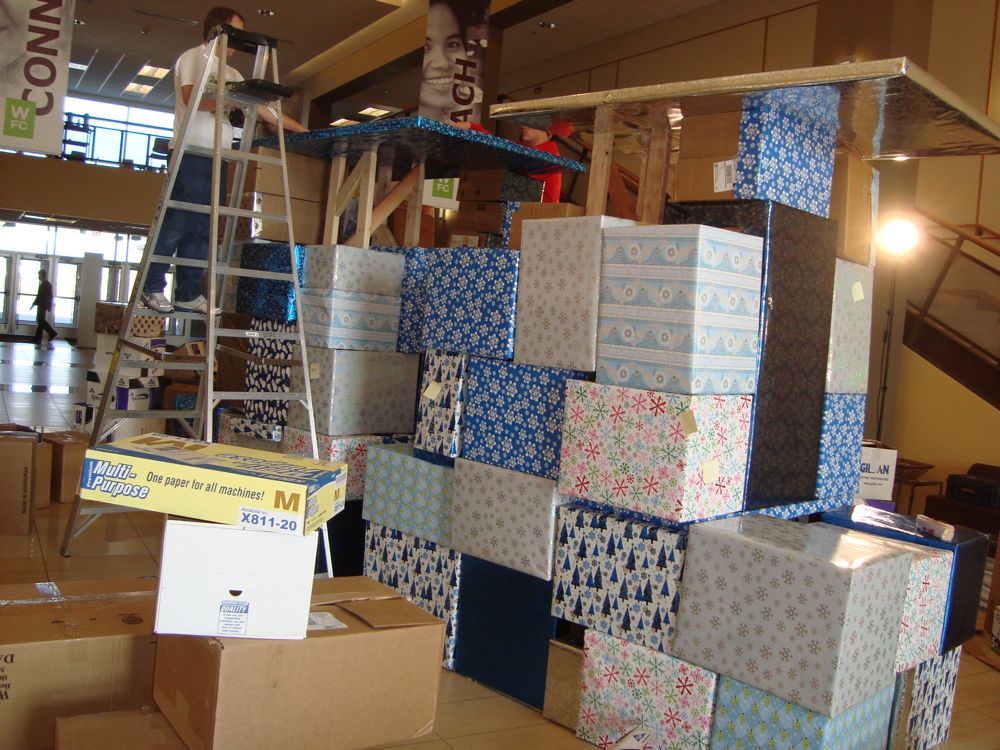 Our next series we are kicking off Dec 5&6 is called “give it away” to begin building the expectation for the series we built a 15′ tall “it” in the lobby.  Orginally we came up with the idea of building a “it” out of 2×4 and corroplast.  Then someone mentioned building it out of cardboard boxes wrapped to look like christmas gifts.  We took that idea and ran with it.  Immediately began collecting boxes to build this “it”.  Two days later we started wrapping and building”it”  I personally spent about 15 hours constructing “it”, but I couldn’t have made this happen by myself.  Kasey Robinson, Brice Bohrer, Robert Kinkade also spent a lot of time making this happen.  Robert built the base and center support, Brice created the schematics we used for the project, and Kasey coordinated the full project and we all spent lots of time wrapping and laying out the boxes.  One last big thanks goes out to all the staff at WFC that made this project happen, spending meeting and lunch time wrapping boxes for us.  Without your help this project couldn’t have been done.

Come back later this week to see that timelapse turn into bumper and teaser videos for the series.